We and selected third parties use cookies or similar technologies for technical purposes and, with your consent, also for other purposes as specified in the cookie policy.
If you close this banner with a tick or click on "Decline", only technical cookies will be used. If you want to select the cookies to be installed, click on 'Customise'. If you prefer, you can consent to the use of all cookies, including cookies other than technical cookies, by clicking on "Accept all". You can change your choice at any time.

This renowned village, with just thirty inhabitants, represents the only fraction of San Quirico da Norcia. Located in the Artistic Natural and Cultural Park of the Val d’Orcia, the Piazza delle Sorgenti stands in the center of Bagno Vignoni, a spa complex dating back to the 16th century, frequented since the Etruscan and Roman times.

The volcanic waters of the enormous rectangular basin reach 49° C. and flow towards the Natural Park of the Mills. The large hot spring baths, near Via Francigena, have hosted historical figures such as Pope Pius II, Lorenzo de Medici, and Catherine of Siena.
The town, which has substantially remained unchanged over time, despite the advent of wars and fires, is the ideal starting point for visiting Pienza, Montalcino, and the area of ​​the Park of Mount Amiata.

Besides its hot spring baths, a special feature of the Bagno Vignoni is its structure that - notwithstanding the numerous episodes of war, devastation, and fires that plagued the Val d’Orcia during the Middle Ages, it has been substantially unaltered in time. From Bagno Vigoni you can easily reach and visit the nearby center of Pienza and Montalcino and the entire Val d’Orcia, as well as the Park of Mount Amiata.

The waters from the hot spring baths flow towards the steep escarpment of the Natural Park of the Mills. Here, surrounded by the Mediterranean marquis, there are four medieval mills dug into the rock, which were very important for the local economy, since the perennial hot springs made them also operative during the summer when, in stead, the other mills in the area would stop because the rivers would dry out. 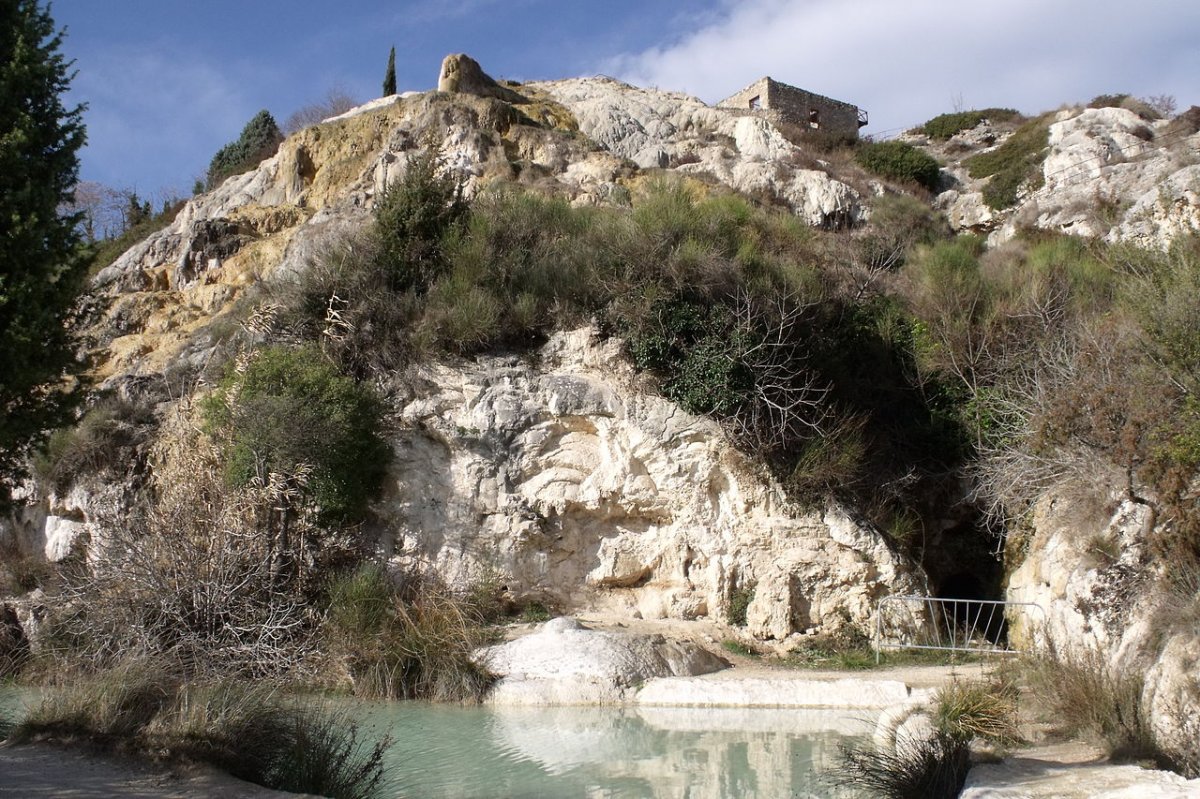